The Air Force is testing new micro-drones from General Dynamics that are the size of bugs and can watch, listen to and kill their targets.  One method of deployment: Swarms of them released from the bowels a passing plane, like

some Hive-Mother of The Surveillance Creature giving birth to a thin black cloud of tiny robo-insectoids. The plague disperses and the bots go about their missions.  The video shows a variety of designs and features, like ones can that shapeshift into birds and others that move in coordinated swarms, each member of the swarm with its own aspect of the mission to complete.  The bugs “can be equipped with incapacitating chemicals, combustible payloads, or even explosives” for “direct attack missions.”  According to the US Air Force and The Atlantic, they’re “unobtrusive, pervasive, and lethal.”

And don’t forget!  Under post-9/11 dictates initiated by George W. Bush’s administration and accelerated under Obama’s, they’re also “unobstrusive, pervasive and legal.”  Already, drones are buzzing around US skies.  Meanwhile, in their annual report, drone lobbyists are bragging about getting the lanugage into the FAA Modernization and Reform Act of 2012 that expedited clearing the air for 30,000 more.  Also, because the sky might be legally considered “the public sphere,” there’s nothing stopping corporations from using their own drones to study consumer’s movements and buying habits from above.  If that doesn’t bother you, American citizens (including children) have already been executed in drone strikes overseas and with NDAA in full effect,  American citizens can also be disappeared to secret military prisons with no recourse or due process.

So we have massive roaming cameras that can surveil huge regions and see an object 6 inches wide from 20,000 feet, tiny bug-like invaders that can hide with the roaches and kill us while we sleep, and the full legal framework for unleashing it all on American citizens.  But even if they have the power, it’s ridiculous to think the US

government would actually use any of these powers on its own people and within its own borders.  Right?

The idea that government having these powers is acceptable just because they’re “not using the them yet” is a  self-decieving and nonsensical reassurance.  It reflects a kind of normalcy bias.  Assuming that your government will never use these powers against you just because they aren’t currently doing so doesn’t make any sense.  NDAA’s indefinite detentions are secret, so if Americans are already being picked up it’s unlikely we would know about it yet.  Drones were used in the search for alleged rogue LAPD triple-murderer Christopher Dorner, and have been used to kill US citizens in other countries (including a 16-year old boy).  With a guarantee of more drones in the future, the revolving door between government and the defense industry and both main political parties committed to growing the Military-Industrial-Surveillance Complex, the leap to a drone executing an American citizen within US borders is not terribly far off.  While most people aren’t triple-murderers or palling around with Al-Qaeda, the feverish expansion of the security state is widening its paranoid grasp to even the most average and law-abiding of citizens and we should assume it excludes no one.

Welcome to Miami…Now prepare for a terrifying display of desensitization!

Indeed, the madness in our Forever War is fast-changing its focus to domestic front.  We’ve got an “all-seeing eye” security system developed by Microsoft for New York City along with Homeland Security contracts for Big Brother streetlamps.  (New York is trying to peddle the surveillance software to other cities, which would earn NYC a 30% cut of the profits).  TSA groping remains a centerpiece of airport security, and expansion of TSA-type surveillance tech is intensifying.  The agency has expanded to cover sporting events, political events, subways, trains, and even highways.  We’ve got terrifying “routine” military drills in major US cities where grunts are clearing buildings and flanking the cityscape in helicopter gunships, unloading blank rounds into the air from enormous cannons.  Interestingly, a recent drill in Miami centered around the Bank of America building.  Are they worried about the masses pounding down the doors with pitchforks a few years from now?  The big picture doesn’t look pretty for the American people.

And that’s because our big picture is being forged from the hive-mind of financial, corporate and political elites and not from the dreams of We, the People.  Under the informal governance of this self-appointed Power Elite, in which

an increasingly-totalitarian geopolitical groupthink is being manufactured, we have a system that concerns itself with maintaining elite power and satisfying elite interests at the expense of everyone else, all under the guise of “smart global leadership”.  It’s an infinitely-complex network of corporations, clubs and their politican pals, consolidating more and more and manifesting an increasingly-oppressive world for us hardworking plebians.

The good news is, we can stop using their banks and buying so many of their products, we can create an economic system in which assets are assets, debts are debts, and money in the system actually exists, and we can create communities that sustain and nuture themselves through food, energy and economic independence.  But first we have to stop consenting to our own oppression by continuing to vote for two main parties that maintain equal contempt for the rights, liberties and financial prosperity of their own people.  If the system itself turns out to be criminal, not only do we have the natural right to create a new one, but doing so becomes a moral imperative. 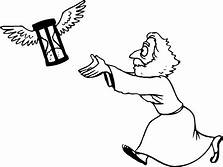 6 Stern Warnings Jesus Gave The Church Which Have Been Duly Ignored Or Subverted As The Case May Be.

8 Minute Video – Joe Biden Shouldn’t Debate Trump – He Should Continue Hiding Out In His Basement! 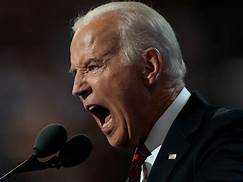