Since Q4 of 2014, the S&P 500 has been trading in a clearly defined sideways channel with two tiers (an upper record-territory tier, and a lower consolidation/risk-off tier). The higher tier is a roughly 100-point range from 2,000 – 2,100, with the absolute record high coming during May 2015 when the benchmark index hit 2,134. The lower sideways tier is a larger range 200-point channel from roughly 1,800 to the psychologically important 2,000 threshold. Without a fundamental and structural catalyst to move the markets out of this overall 300-point range, the S&P 500 has wavered back and forth in whipsaw fashion driven in large part by Fed and global central bank policy. When policy is interpreted to be dovish and stimulative, the markets move in lockstep into the higher trading range. Conversely, when policy shifts towards the threat of tightening, as most recently experienced in late 2015, the markets swiftly sell-off and drift back towards its risk-off range. Interestingly, the markets do not move below the 1,800 floor because global economic growth and health is weakening, heightening the prospect of further accommodative policy by global central banks (i.e. more QE, negative interest rates, etc.).  During the latest bull move higher in March and April, the S&P 500 was only able to hit a relative high of 2,111 (April 20), which seemingly has now become yet another failed attempt to take out record highs. The continued lower highs (i.e. failed breakout attempts) are eventually likely to take a toll on the bulls, especially as fundamental and economic news continues to deteriorate. Naturally, the bulls will now embrace weak economic and corporate news as a catalyst for further Fed dovishness, as most recently demonstrated with Friday’s weak jobs report and subsequent market rally. On the Lumber-Gold 13-week relative performance macro overlay, lumber continues to outperform gold, indicating risk-on and aggressive positioning in the week ahead.  However, with gold and treasuries outperforming most asset classes YTD, caution must still be exercised.

TLT has been a winning trade this year, and with global growth continuing to deteriorate and global yields falling, I can easily see the 10-year treasury yield dropping another 10-15 basis points in the near-term, as the equity markets come off their near record highs. On the more speculative front, there are few stocks more hated than TWTR. The social media giant is back at its absolute rock-bottom lows above the $14 handle, and looks attractive from here given the ubiquitous nature of the platform and its future potential as a buyout candidate. 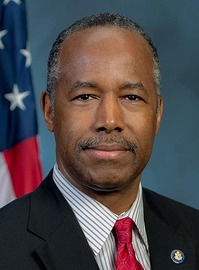