Update: The story told by a woman named Anneke Lucas, promoted by a social awareness program called Real Stories, Real Women, echoes the claims of the Dr. Phil guest featured in this post. Lucas claims she was sold by her mother to an aristocratic owner at age 6, as part of an elite pedophile ring run by  Belgian cabinet minister, and was subject to rape, rituals, witnessing children being murdered, believing she’d be murdered herself, and other similarly unthinkable  horrors. She says, among other things, “I came across VIP’s, European heads of state, and even a member of a royal family.”

A recent episode of Dr. Phil features a woman, identifying herself as Kendall, who claims she was sold into sex slavery as an infant by her biological parents. Owned by an unidentified buyer in a trafficking ring for as long as she can remember, she claims to have been sold for sex from infancy into adulthood to a class of clientele described as “extremely rich and prominent” and “pillars of society,” frequenting “exclusive events for the rich and powerful.” Pizzagate researchers are citing Kendall’s claims as evidence that child trafficking and rape are endemic to a certain subculture in the uber-elite of politics, business, and entertainment.

Kendall claims that she was conceived by her birth parents specifically “for him,” her owner, to be purchased. She claims that she and other children were kept in cages in the basements of mansions. That she was smothered, beaten, caged, electrocuted, and forced to eat feces — but never abused in a way that left marks on her face, where they couldn’t be covered. That she was forced to have sex with little boys. That she had three children, each of them taken by traffickers at birth.

That her owner has killed dozens of people including children, and that she was forced to kill newborn babies. She claims not to know her age, or what country her birth parents are from.

Kendall describes a network of “Movers” and “Watchers,” people whose only jobs were to either watch over the trafficking victims or move them from place to place. When the Movers came, which Kendall says happened “constantly,” it would be in the dead of night. The children would allegedly be drugged and put in the trunk of a car, and then brought to anywhere from an underground brothel network to “mansions with servants…and some of these places that we would stay, we would be in basements, and some places we would be in rooms with cages or with tools on the wall…they were all used sexually on us.”

She alleges that her purpose was to be used in any way that her owner and his clients desired. She reports flying in private planes and frequenting elite sporting events and black tie social outings. Then, sometimes, she was subjected to “games” reminiscient of a small-scale version of the depraved amusement park from the HBO show Westworld. In the show, elite clients are free to act out their most perverted and antisocial urges with life-like human robots without fear of consequence in a Wild West setting. Except, in this “Westworld,” it’s a wealthy buyer’s private island or property, and it’s real human beings being hunted, raped, abused, and possibly worse:

“Some clients own their own island, or a big piece of land, and they would buy us just to

hunt us,” Kendall says. “Some laid traps for us and others would track us down like animals. It was important never to be the one captured first, because you didn’t want to appear like you weren’t playing the game. You would be punished.”

In addition to Kendall’s claims of being hunted, a separate article on Dr. Phil’s website asserts that sex trafficking “runs rampant” at any sporting event or “large event that attracts people with money.” The Superbowl and Olympics are both mentioned. Along with Epstein’s and other collected cases, these ideas appear to support the overall thesis of Pizzagate that in circles of extreme wealth and prominence, there is a subculture of psychopaths in elite circles who leverage money, influence, and power to commit extreme violence against children with little fear of recourse.

Kendall’s story also supports the common refutation to Pizzagate that “there aren’t any victims coming forward.” Victims feel utterly powerless, and like they won’t be taken seriously. It’s all they’ve ever known, so it took them many years just to realize that it wasn’t normal. Imagine being trafficked to prominent, wealthy, widely-admired people for as long as you remember. Sold by your own birth parents, your “owner” and a long rolodex of sadistic clients are the main parental figures you’ve ever known. You have no resources or skills other than being traded as a plaything. How in the world would you come forward? Who would you turn to? Even 80’s and 90’s superstar child actor Corey Feldman refused to name specific abusers after his much-publicised outing of Hollywood’s pedophilia crisis.

Not surprisingly, Kendall expresses her assumption that her story of being born as a piece of property to be bought and sold won’t be believed.

I don’t know what kind of fact-checking team Dr. Phil has, but on the episode he claims that the show spent four months researching her claims, and verified with “agencies” that she had been trafficked and abused by a large international organization.

According to a retired LAPD Lieutenant interviewed on the show, trafficking victims will deny that they are being trafficked if asked, even if their owner is not closeby:

Kendall is right that a great many people will discount her story and move on with their lives. Because her entire existence has been a nightmare most of us couldn’t even conceive of, many will refuse to believe that they share the same earth with such evil. The pill becomes even more bitter to swallow when the people trading these innocent children are “rich and prominent,” as Kendall describes, such as beloved celebrities, politicians, law enforcers, and philanthropists.

But the more we treat stories like Kendall’s as too outrageous and horrendous to take seriously, the longer others like her are traded like baseball cards from childhood onward. From their first memory, all they know is a life of being ruthlessly passed around for their bodies until they’re no longer useful. After that, they’re discarded alive, if they’re lucky.

When they come forward, we should listen.

← Don’t Cry For Me Sesame Street, The Truth Is I Don’t Need Your Money
Slow Motion Train Wrecks → 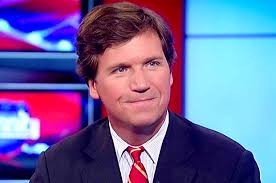 End Of The Electoral College? 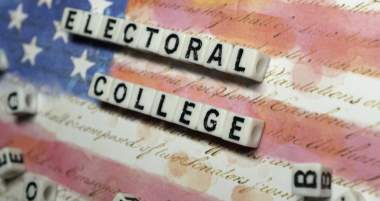