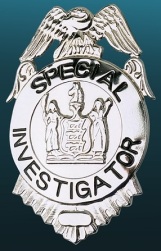 the collective consciousness, we are seeing a drastic uptick in interest regarding cases of elite or “VIP” pedophilia and human trafficking cases. Claims are floating around that the Trump administration is cracking down on VIP pedophiles, which I can’t independently confirm, but at the very least, people are now paying much closer attention to accusations of sexual misconduct amongst high-profile individuals.

Whether or not there’s an actual uptick in arrests or people are merely noticing more of them, below is a brief round-up of recent cases in which beloved institutions, political leaders, or otherwise prominent members of society have been accused of sex abuse or trafficking crimes. 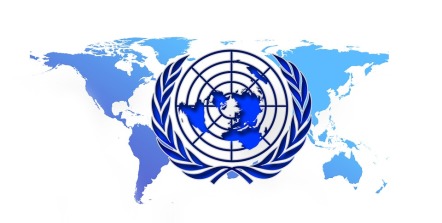 I use “Peacekeepers” in quotation marks because the scandals with these U.N. foot soldiers just never quite seem to end, with corruption that has been called “pervasive” to the very structure of the U.N.’s peacekeeping operations. That should be expected, I suppose, when these peacekeeping troops are so often sourced from countries with extremely corrupt governments. The fact that they are often stationed in war-torn or otherwise chaotic places and situations makes abuses even easier to commit and hide.

Cue this AP article, describing accusations of what most would consider unthinkable: international troops luring starving children with candy to then be passed around as sexual objects by soldiers and even commandants. One alleged victim sais that as a prepubescent child, she was passed around for sex with around 50 U.N. Peacekeepers, “including a “Commandant” who gave her 75 cents.” And according to the article, the countries where these troops came from rarely, if ever, respond to the accusations. The U.N. itself is legally not authorized to prosecute them, and yet, these predators are operating under the U.N. banner. It is mildly reminiscent of the elite child sex ring once run out of the Belgian headquarters of UNICEF, or the United Nations Children’s Fund — a case which many have now forgotten.

Ed Murray is the current mayor of Seattle, and is currently seeking re-election. There are now calls for him to step down, however, due to a lawsuit from an alleged victim claiming he sexually abused them them decades ago, while they were troubled teens. The mayor’s office is calling it a politically-motivated “shakedown.”

However, two other men have made similar accusations in the past, and both individuals have told the Seattle Times that they are willing to testify in the latest case. While the Times notes that all three accusers have extensive criminal records, but they also confess to being troubled — they claim that Murray targets vulnerable, wayward teens on purpose as part of his modus operandi. Time will tell what evidence and testimony are presented when the case goes to court. Residents of Racine, WI and Coaldale, PA will probably be reminded of their own scandals in recent years, where mayors of both cities were forced to resign due arrests for child pornography and attempted sex acts with minors.

The Tri-City Herald reported in late March that Stephen D. Mix, a member of a federal security force providing protection to material, information, and employees on a nuclear site, had been arrested. He is now jailed on child rape charges, but very little other information has been released by police on the case.

Note: Special thanks goes to this YouTuber for her work collecting recent cases in the news media.

← “Arabella” Diplomacy
A Nationalist, A Communist and An Independent Walk Into a Bar →