Expect Liquor Companies To Go Higher With All The Rain

As Harvey continues to dump excessive amounts of rain in Texas, we have another relatively quiet week ahead until Friday. Then, we fade into the last weekend of summer and the long Labor Day weekend. Traders will also continue to assess the damage from Hurricane Harvey. On the economic front, we have Manufacturing PMI, the Unemployment Rate, Non-Farm Payrolls and Average Hourly Earnings.

Hurricane: Energy companies will be checking their oil and gas platforms for damage from this weekend’s hurricane which brought to the Gulf of Mexico and Texas 130+ mph winds. The US Gulf of Mexico is home to about 17 per cent of the nation’s crude oil output, which stands at 9.5M barrels a day, according to the US energy department. Roughly 45% of US refining capacity is along the Gulf coast, so the longer the platforms are down, we could see a jump in the price of oil on a short term dip in supply. The longer the rain continues and disrupts people’s daily lives, we could see a dip in GDP for 3Q, which could lower the broader markets. Also watch insurance companies as the more destruction we see, insurance companies will have to make more payouts, negatively affecting their stock. Home builders would get a boost as more money from insurance company payouts would be used for rebuilding. Liquor companies would also see stock boosts as some people will spend the insurance money on booze, drugs and maybe, a vacation.

Non-Farm Payrolls & Unemployment Rate: Non-Farm Payrolls, the Unemployment Rate and Average Hourly Earnings for August are scheduled to be released this Friday (9/1). Should the figure show that the economy created more jobs than expected, or if average hourly earnings jumped higher, we will likely see the markets go higher, the US Dollar go higher and oil go lower. Should these numbers disappoint, the markets will likely go lower along with the US Dollar. Like in previous months, the Unemployment Rate may drop but average hourly earnings will continue to stagnate as additional part time workers at Amazon will only be paid minimum wage until a robot can do it for cheaper.

I’m Building a Wall, Where the Illegals Get in: President Trump’s rhetoric helped drive the markets down last week when he said he would shut the government down if he didn’t get funding for the wall in the next budget. A potential government shutdown would be bad for everybody, except for the government temporary not wasting your money. Congress has to pass a budget by September 30th so they have a month to pass one. They could just pass a clean bill and push everything off a year, but this is unlikely at this juncture as they also work on tax reform. Since it’s still a month away, besides a knee jerk reaction to the markets, we could see a move into safe havens with Treasury yields going lower, the Japanese Yen and gold go higher.

GDP Second Release: On Wednesday (8/30), we get our second release of US GDP for the 2nd quarter. We get 3 releases, Advance, Preliminary and Final. The first release is the most impactful. However, if a line item were to surprise in the Preliminary reading, the markets can react accordingly. The first release came in at 2.6%, in-line with expectations.  If we get better than expected information with this reading on the consumer, we can expect to see equities go higher. If the consumer comes in weaker, expect equities to fall.

So much for a quiet week: Similar to my office, which is borderline working with a skeleton crew, the last week of the summer is the time when many people are on vacation. And just like last week, we are likely to continue to see low volume. However, algos could potentially be busy in an instant with anything coming out of the Trump White House, or from another terror attack.

Jackson Hole Reactions: Even though the markets were able to react to most speakers from the Jackson Hole Symposium, additional speeches were made after the market closed on Friday. Monday morning will give algos and investors the first chance to react.

UK Bank Holiday: UK banks will be closed on Monday (8/28) for what they just call Summer Bank Day, or what we call here in the US Labor Day, the end of summer. Enjoy both!!!

Amy Klobuchar Wants To Abolish English As The “Primary” Language Of America!

Sexual Orientation – What Is It? 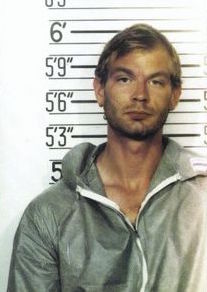