The return of Jeffrey Epstein is causing some very interesting new tidbits to be released — and mong them is more evidence that Epstein is an intelligence operative. That’s something we theorized years ago in our first wave of Pizzagate coverage when we found his connections to Dyncorp, a defense contractor involved in human trafficking scandals in Bosnia. In addition to that, the discovery of Epstein’s fake passport, along with additional new information,  are casting new light on the old revelations.

There is also a bit of news from Epstein’s first arrest which turned out to be false, however.

We’ll start first with the fake news: reports that Epstein had a fully-functioning dental chair in his Palm Beach mansion. This fake news continues to be promoted by people like prominent conservative pundit Stefan Molyneux, and, in my coverage of Pizzagate, was also perpetuated by yours truly. The tidbit even made its way to the first edition of the book, Pizzagate: The Complete Story, but is now being fixed for a second edition.

My source for the claim was The Daily Mail in the UK. They not only claimed that there was a chair in the bathroom, but a fully-functioning suite of dental equipment for carrying out all kinds of dental procedures.

However, it turns out that the “dental chair” is in fact an esthetician’s chair. If you’re a working esthetician, this is obvious from the 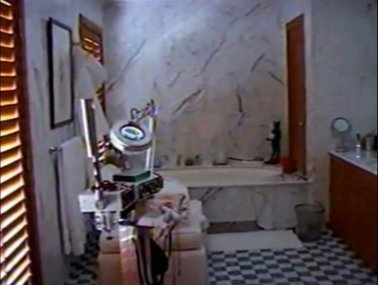 photograph we cited in our coverage. Estheticians on Twitter have sounded off in droves, debunking the dental equipment myth, and a basic review of esthetician’s equipment makes it clear.

The dental equipment tidbit was especially juicy in the context of Pizzagate because of the theme of tooth removal and dentistry found in places like the Instagram and Tumblr accounts of people associated with the theories, and on disturbing “Elsagate” YouTube videos.

So was the tabloid knowingly printing fake news, or did they simply mistake the chair for a dentist’s chair? The detail they included that the chair included other dental equipment suggests that they were lying outright. Other than to make their article more sensational, the lie may have served the purpose of seeding salacious disinformation about Epstein. By doing so, they could muddle the ability of other reporters and investigators to figure out the full truth.

It may have been simply lazy reporting, however, as the reporters claim to have asked the lawyer of one of Epstein’s victims why Epstein had dental equipment in a bathroom. The lawyer didn’t seem to realize the chair was not, in fact, a dentist’s chair, and replied that perhaps Epstein had his dental work done at home. As it turns out, it was more likely facials and manicures Epstein was getting at home rather than dental work.

Either way, we may never know whether the dental chair tidbit was simply a mistake that spread, or intentional disinformation.

Epstein’s business dealings are notoriously hard to get a handle on — he claimed to be a money manager, but no hedge fund guy on Wall Street has ever dealt with him. Epstein’s fortune appeared to begin when he connected with Les Wexner, owner of brands like Victoria’s Secret, The Limited, and Bath and Body Works. It seems as though Epstein also used Wexner’s modeling connections to help him procure victims (as an aside, Epstein appears to have helped disgraced media personality Charlie Rose find young interns to hire for the purpose of abusing as well). So how did Epstein and Wexner’s relationship begin?

It isn’t clear But in all likelihood, Epstein blackmailed Wexner, taking the magnate into his back pocket to use as he saw fit. After all, Wexner gave Epstein, a former math teacher with a bizarrely light resume, full control over his finances and even aspects of his non-financial life. Epstein became extremely rich quite quickly after connecting with Wexner.

As for his other business dealings, Epstein bought a marina in the U.S. Virgin Islands with NYC real estate tycoon Andrew Farkas. At the site of Epstein’s port, he has a company called the Southern Trust Co.. According to Virgin Islands business filings this company, mysteriously, is “a DNA database and data mining” company.

We now know there are documents implicating extremely prominent politicans and other luminaries in Epstein’s trafficking ring. We know Epstein had a fake Austrian passport (Austria, as it happens is a country with very strict immigration and naturalization laws). The passport listed a fake name and a Saudi address Epstein refuses to say where the passport came from, or whether or not he holds citizenship in multiple countries, but his lawyers claimed he had it to protect him from hijackings common in the Middle East in the 1980s. The passport had stamps indicating it was used to travel at least in the United Kingdom, France, Spain, and Saudi Arabia.

With Epstein’s recent suicide attempt (if that’s what it was), the stakes are higher than ever. Will all be revealed, will a few low-mid level pawns go down, or will Epstein’s new arrest bring us no closer to the truth than before?

Time will tell…but rest assured, Epstein’s latest arrest is the best opportunity yet for a mass awakening on the fundamental role that organizied pedophilia plays in the world’s highest centers of power. In government, mass media, retail, fashion, arts, sporting, and many other industries, the real scope of the problem is so severe as to be incomprehensible to most.

← As Predicted: Jeffrey Epstein Appears to Be a Blackmail Agent for Deep State Intelligence Operators